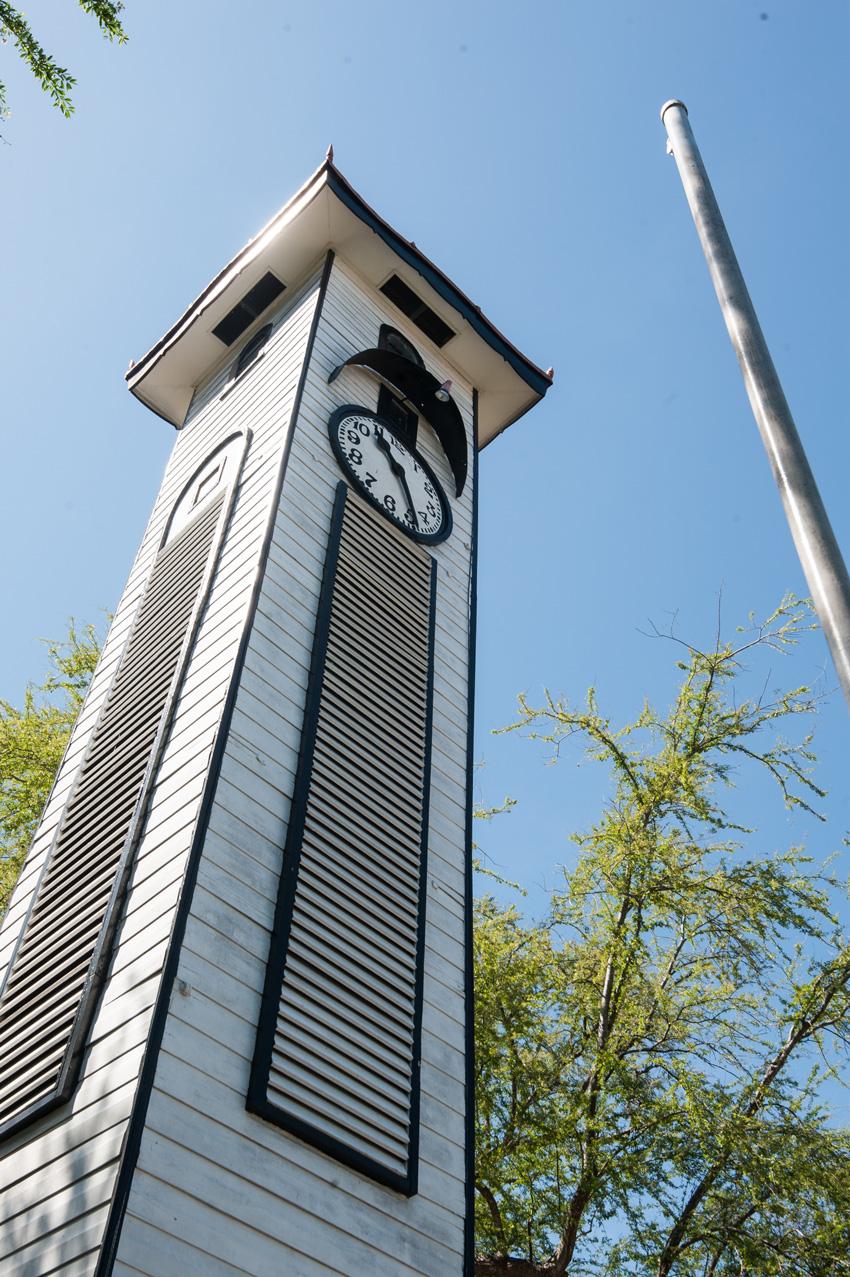 "DBKK has no power to relocate. I don't know where you get that idea from. Nobody can" he stressed in response to a question posed by the media here yesterday.

"The Atkinson Clock tower is gazetted as a cultural heritage. (The gazette was) administered by the Ministry of Tourism, Culture and Environment. So it is independent by itself.

Recently, various parties from different quarters have voiced their concern regarding the development of an 18-storey hotel and shopping mall in the immediate vicinity of the Atkinson Clock Tower.

The mayor stressed that approvals made by DBKK have to go through the state government.

"It is up to the state government to decide otherwise. That's all" he concluded.

Luyang assemblyman Dr Hiew King Cheu has proposed to relocate Atkinson Tower to elsewhere after approval was given to the project.

Hiew said City Hall was thinking about moving the structure from its present location, adjacent to Padang Merdeka although a new site has not been finalised.

Phoong said that the oldest standing structure in the city should be conserved at its original location as a national heritage structure. It should not be moved away nor demolished for the sake of development.

He also stressed that the government should relook into the plan to build the 18-storey building next to clock tower as it could possibly affect the historic value of nearby heritage structures.

Pertubuhan Akitek Malaysia (PAM), Sabah Chapter has reiterated its view that all heritage sites that have been gazetted in Sabah, including the Atkinson Clock Tower and Padang Merdeka, should be treasured and protected.

PAM Sabah also strongly objected to the construction of the proposed multi-storey commercial building on a site sandwiched between the Atkinson Clock Tower and Padang Merdeka.

"Heritage sites should be preserved and protected not only for the current generations but also for future generations to cherish" said PAM Sabah chairman Arnold Kwan in a statement.