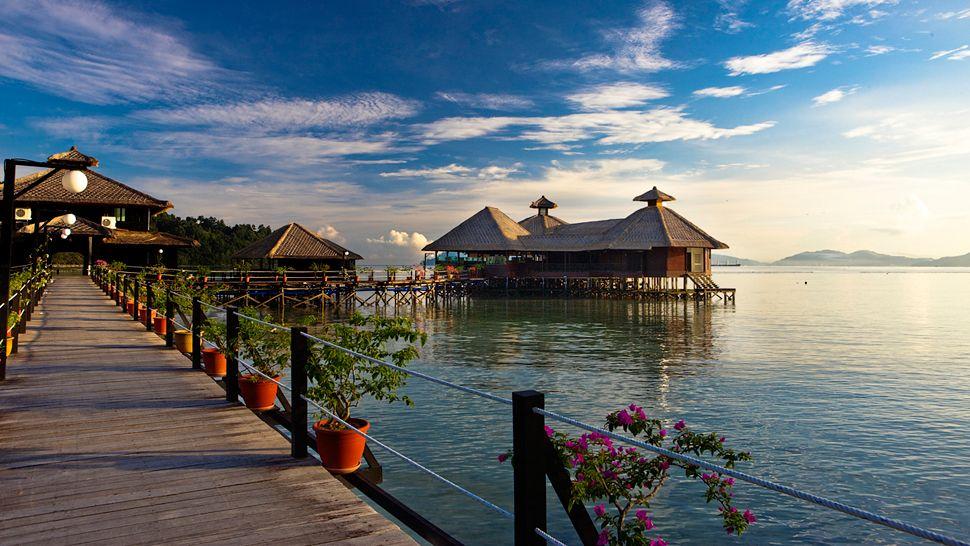 
On Wednesday, May 3, The Sabah Association of Tour and Travel Agents (Satta) welcomed Tourism and Culture Minister Datuk Seri Mohamed Nazri Abdul Aziz's announcement that 70 percent of the revenue collected from tourism tax, which will be implemented on July 1, is to be divided equally between Sabah, Sarawak and Peninsular Malaysia.

By doing so, Satta president Datuk Seri Winston Liaw said Sabah would benefit from more allocation to build and upgrade tourism infrastructure, as well as to carry out promotion and marketing activities.

Nazri has announced that 30 percent of the tourism tax revenue would be spent on upgrading tourism infrastructure, while the 70 percent would be divided into three equal parts and allocated to Sabah, Sarawak and Peninsular Malaysia respectively.

"We will divide the tax revenue by three and allocated them to Sabah, Sarawak and West Malaysia, not dividing it by 14 (states)" Nazri said in an event in Keningau recently, adding that this is because Sabah has vast land area. Liaw said Sabah has 29,720 hotel rooms, which constituted less than nine per cent of the 304,000 registered hotel rooms nationwide.

"If the tourism tax revenue is allocated based on the number of rooms, Sabah will only get less than nine percent of the funds.

"But now we are getting a third of the 70 percent revenue from tourism tax, which is 23.33 per cent for Sabah.

"So I agree to this policy because it (tourism tax) will bring immense benefit to Sabah" he said in a press conference.

Additionally, Liaw said the revenue collected from tourism tax could be used to build and improve basic infrastructure and for tourism promotion activities.

He said there were many beautiful places and beaches in Sabah, such as Kota Belud, but there was no road access.

"If there is no road access, who will invest in building villas and resorts?â€

For the past 10 years, Liaw pointed out that the private sector has been forking out their own money to promote Sabah overseas, as the state tourism agency claimed to lack the budget to do so.

"My partners in China often tell me that they do not see Sabah tourism promotions in their country, only Malaysia Truly Asia.â€

"Without sufficient funds, how can the government maintain and build new infrastructure for Sabah to be more competitive internationally?â€

With revenue from the tourism tax, Liaw believed that the government would have funds to improve tourism facilities and promotional activities, thereby ensuring a better future for the industry.