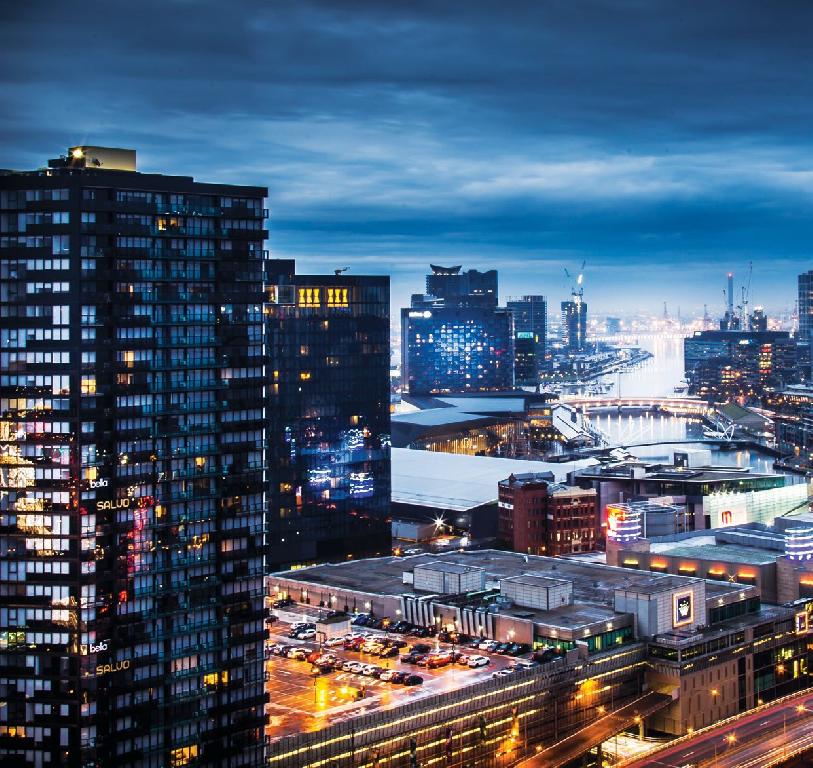 Without a crystal ball, it can sometimes be difficult to find the next best place to invest in. And yet, most seasoned property investors will tell you the same thing: Buy properties located in hotspots. If you're just starting out, you must be wondering, "Where are these hotspots?â€ Even when you've found one, properties in these areas are usually pricey. But, the good news is, you can consider the neighbouring areas for future investment gold.

TRANSPORT LINKS & IMPROVEMENTS Update yourself with any new transport links or improvements. Improvements to transport infrastructure usually have positive impacts on nearby property prices as it makes it easier for people to move around. Better access to hospitals, airports and the city makes an impact to property values in nearby areas as it makes it accessible, hence, a more desirable place to live in.

Information on new transport infrastructure projects can usually be obtained through local state government bodies such as DBKK, SEDIA (Sabah Economic Development), as well as through local media channels such as newspapers.

FOLLOW THE BIG BOYS Have you noticed that every McDonalds is always located in a thriving area? This is a dead giveaway for an upcoming hotspot as chains like McDonald's, Starbucks or a huge supermarket chain have their own R&D team. They will only open in a certain area after extensive research is done to make sure that there are sufficient population and a need for one. As soon as you hear that a big chain is opening in a particular area, it's a good idea to see what properties are available there for you to invest in.

LONG TERM EMPLOYMENT One of the most important factors when it comes to where people want to live is the proximity to work. When in the market for a property, find an area which is close to long-term employment opportunities. A quick boom (short-term) in employment can cause a fall in the market when employment in the area goes down in the future.

SCHOOLS & HOSPITALS Families with young children or the elderly will favour staying close to schools and hospitals. Parents would not want to waste time driving their kids to and from school every day. Two words - traffic central. Hospitals will generally reside near good transport infrastructure because, in the case of a medical emergency, people can get to the hospital as quick as possible. And usually, areas with schools and hospitals will be inhabited by families, giving out a community feel, making it an ideal place to live in. Make sure to pick a very good or reputable school as locations within its proximity are the ones that will be searched for the most.

THE RIPPLE EFFECT Did you miss the boat on a certain hotspot? Don't you worry. A "ripple effectâ€ happens when property prices in a prime suburb have skyrocketed, pushing people to start looking to neighbouring areas that are more affordable, and when that too starts getting expensive, they move on to the next neighbouring suburb. Once an area has maxed out in terms of price, it no longer has value as a "hotspotâ€.

THE QUIET CATALYST Another way to find a hotspot is to find a catalyst. Just like schools and hospitals, the quiet catalyst is establishments that will attract and require massive numbers of homes for their workers, students, and tenants. These sorts of things include industrial areas and universities. More often than not, most people will not be informed or hear any news of its development, only known to regulars to the area until the project is announced in the media.

WHO'S BUILDING THERE? If you're looking to invest in an area, especially a new suburb, check to see who's the developer. It's always safer to go with an established and well-known developer with a proven track record.

Once you've identified some of these areas, even better if they tick one or more of the boxes mentioned, you should dig even deeper and evaluate yourself with these questions:

- How confident are you about tenants wanting to rent in the area? - What is the population there and its demographics? - Are there more than one reasons that the area will grow in value? - What are the negatives about the location and can they be easily overlooked? - What about other positives? - Will it be a destination or a dead-end?

When attempting to identify a hotspot, it should be measured with careful assessment of an area's strengths and potential risks and should not be for the purpose of seeking for short-term investment gain but for the longer-term.

Good luck in your search!