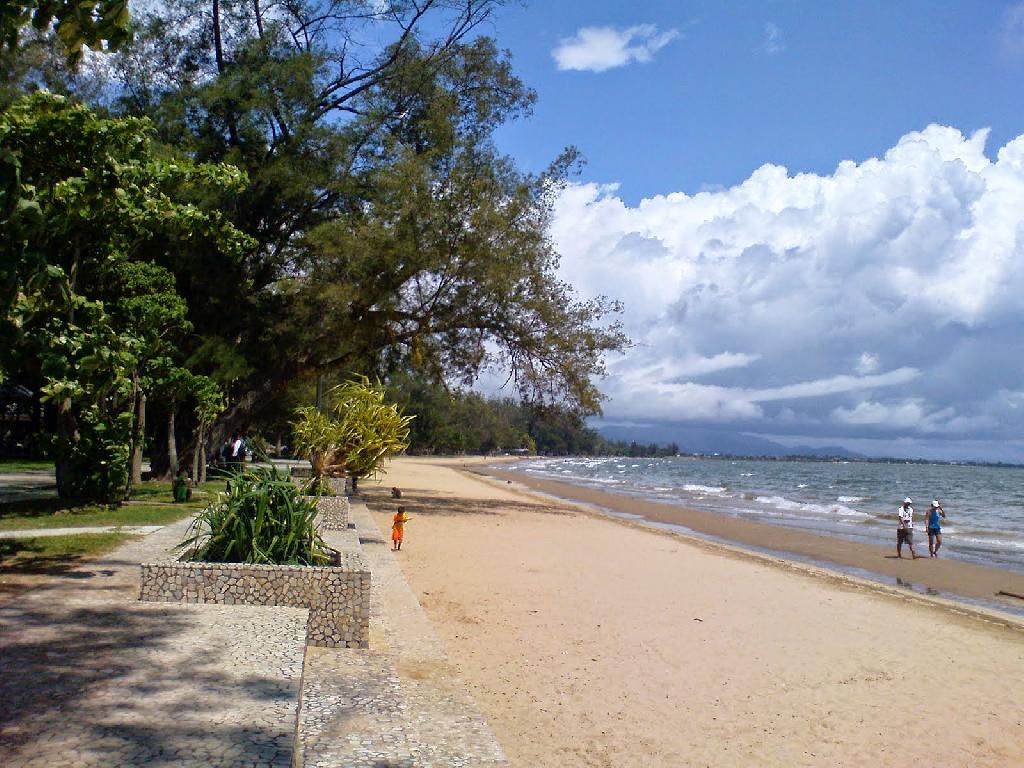 Luyang assemblyman Hiew King Cheu brought up the issue on the Tanjung Aru Eco Development (TAED) project which had attracted a lot of heated arguments from some people.

Hiew said he supported the project and it should go on without further review and waste of time.

"I strongly feel that it is a good development project which is much needed in Kota Kinabalu, and this will definitely bring in lots of job opportunities, economic benefits, environmental upgrading and most importantly, it can transform the abandoned Tanjung Aru beach into a place where people would like to visit and enjoy" he said during the debate in the State Assembly sitting.

Hiew said some people had criticised the project by saying it would create a man-made artificial beach and would do away with the original natural beach.

He said he did not agree because there were plenty of man-made beaches in the world and the nearest one is the beautiful and popular Likas Beach.

"This beach wasn't there before.â€

Hiew said he was involved in the building of the coastal highway linking Tanjung Lipat to Yayasan Sabah in 1981.

"When the sea walls were completed, the sea sand brought in by the waves started accumulating along the sea walls. The sand became more and more, and today we see a long beach formed.

"Many people like to go there for picnics and many government events are also held here. The yearly dragon boat race is also being held there too. Why are these events not held at Tanjung Aru Beach?â€ he asked.

He said a man-made beach, like the Likas Beach, could be transformed into a beautiful place to be frequented by many people.

"Why can't the Tanjung Aru Beach, which has lesser visitors, be developed into a world-class beach?

"We will be proud of the Tanjung Aru Beach in the future when it is transformed and fully developed.

"Therefore the issue on the artificial beach cannot be the reason to stop the TAED development project. It will be a pity to see a great project not become a reality" he said.