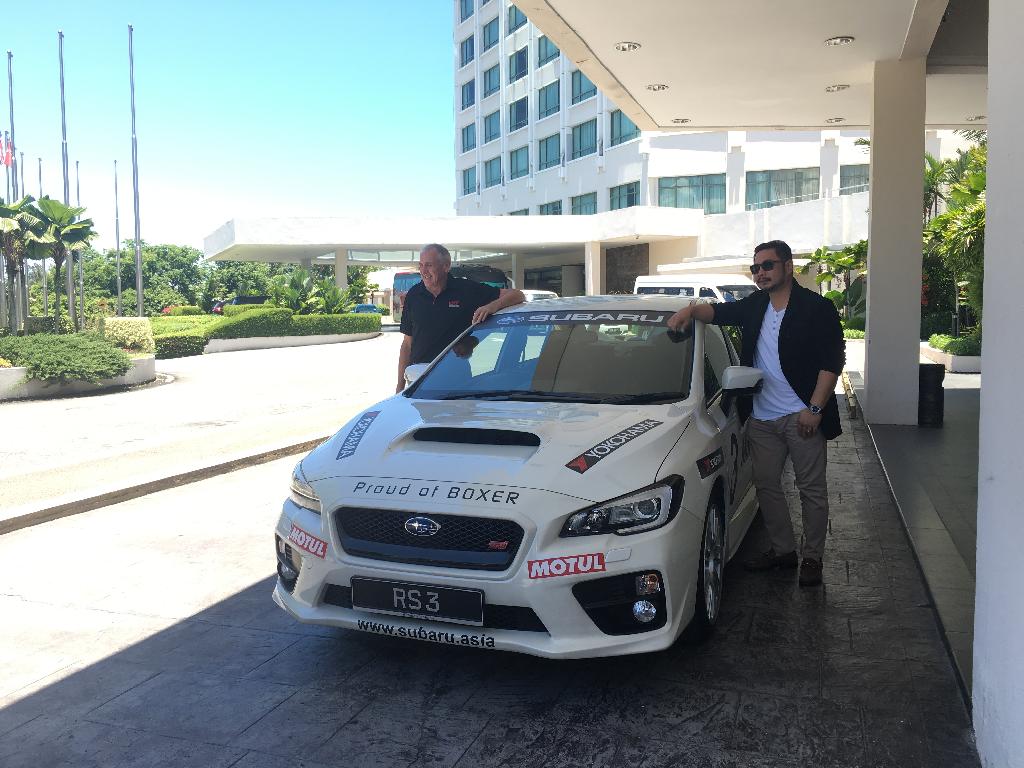 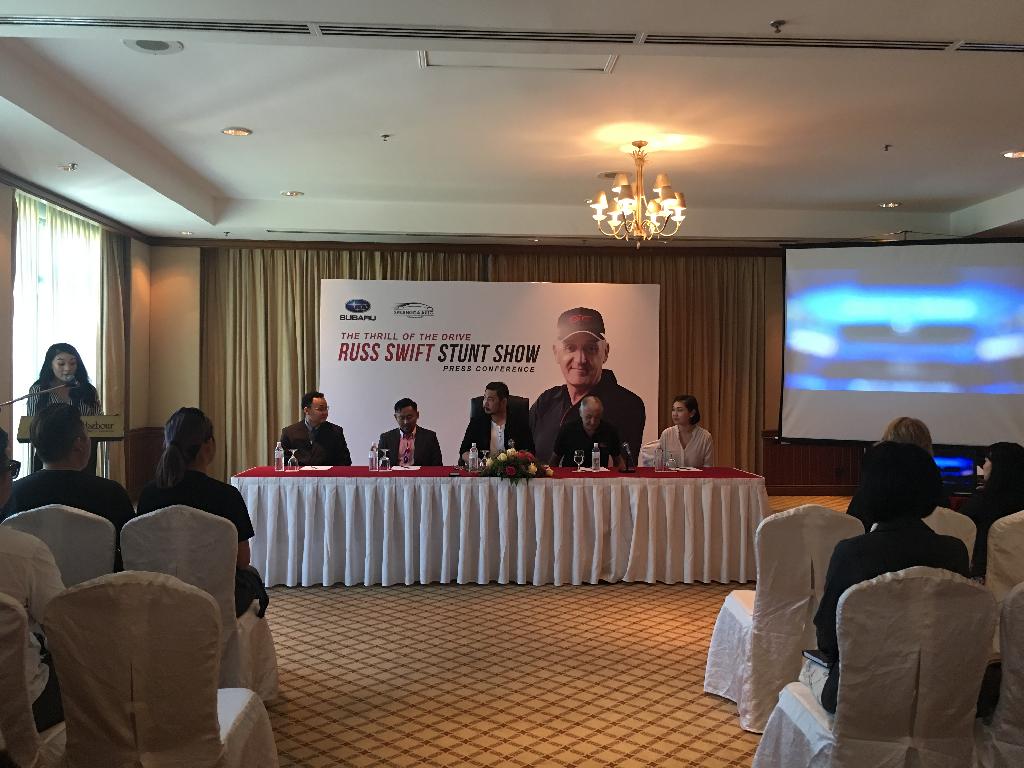 Fast and Furious Stunts With Russ Swift in Likas Stadium

Despite his death-defying moves, the jovial driver says that he is a very safe driver on the roads.

"My company has been invited by Subaru to expand the business in Kuching. We want Sarawakians to also experience and enjoy driving our standard and safe car", said Dato' Arif.

"I took on the Subaru brand because of its principle. Motor Image believed in the Subaru brand and has given me the opportunity to bring in the brand to East Malaysia. I only have them to thank for their support," he added.

Dato' Arif also mentioned that the group plans to open an auto hub to store Subaru's spare parts. The hub will also house spare parts for the likes of Chevrolet and Mitsubishi cars. A paint job and full service can also be done at the hub once it's completed.

Commenting on the new Subaru Forester, CEO of Sebangga Auto, Syahrin Masri, said that the car would be equipped with an astounding number of seven airbags which includes one special knee airbag that aims to safeguard the knee from damage in the event of an accident.

Russ Swift, in collaboration with Subaru, will once again demonstrate the thrill of driving a Subaru via this adrenaline-fuelled not to be missed show.

The Russ Swift Stunt Show will be held this weekend, 15th and 16th April at Stadium Likas, Kota Kinabalu. There will be 3 shows happening at 1PM, 3PM and 5PM on both days.