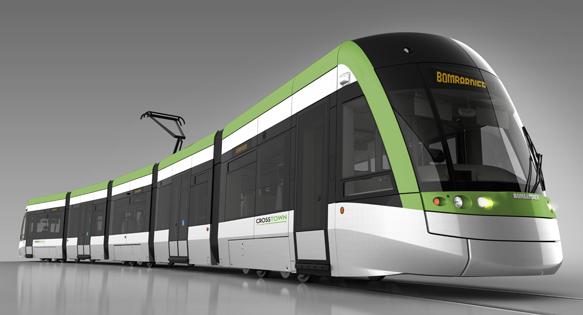 Kota Kinabalu Must Have LRT

Inanam Assemblyman Dr Roland Chia insisted that Kota Kinabalu has to have a Light Rail Transit (LRT) or Mass Rapid Transit (MRT) service to overcome traffic congestion, and does not have to wait until the city's population reaches one million. He said many other cities such as in Australia and the United Kingdom provided the service to the public on the basis of need, not on population size. "What is the Government's rationale that the service could only be implemented when there's a population of one million?" he asked when debating the Head of State's policy speech.

Dr Chia argued that in Newcastle upon Tyne, one of the cities in the UK, LRT and MRT service started in the 1980s when its population was around 200,000 people.

"The Government of England at the time was farsighted for they realised that traffic congestion would happen due to the increasing number of cars and people," he added.

Insisting the Government to act the same, Dr Chia proposed a review of the Railway Ordinance so that legislation could be widened to incorporate the LRT.

He noted that in previous sitting, the Government had said there was no plan to provide the LRT or MRT service to the public as the population of Kota Kinabalu had not reached one million.

"We need this service to overcome traffic congestion," he insisted.

In a related matter, Dr Chia said although the Government will build three more flyovers in Penampang and Kota Kinabalu, it has failed to address traffic congestion in the north of the city, including fast developing towns like Inanam, Menggatal and Telipok.

He also said there has been no official announcement on construction schedule of the proposed flyover at the Tebobon-Menggatal junction although the Government, in a reply to his question during last year's sitting, had confirmed it would be built. He pointed out that thousands of vehicles pass through Tuaran Road and Tuaran Bypass every day. He also highlighted the traffic congestion problem at the roundabouts in Inanam Kionsom, Menggatal and Telipok.