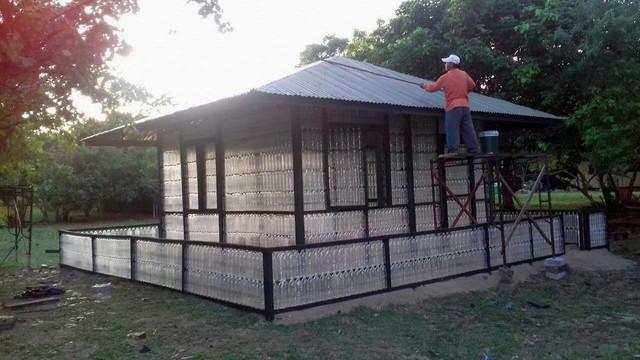 Based on the concept of using recycled materials, a lodge operator in Pulau Libaran (near Sandakan) built a house using 3,500 plastic bottles.

The waste was collected from the island beach in the past three years under the lodge company's beach cleaning programme.

The programme is aimed at encouraging turtle landings on the island following the opening of a turtle hatchery, an initiative of the tour company, Trekkers Lodge Sdn Bhd.

Its managing director Alexander Yee said it took five weeks to build the gallery with the waste materials.

"One-litre plastic water containers were used as the wall and fence of the gallery" Yee, who is also Friends of Sea Turtles Research and Education (FOSTER) president, told Bernama.

According to him, the gallery now served as an information centre on turtle conservation and awareness programme carried out in Pulau Libaran.

"I hope the effort will raise public awareness on turtle conservation and the concept of recycling" he added.