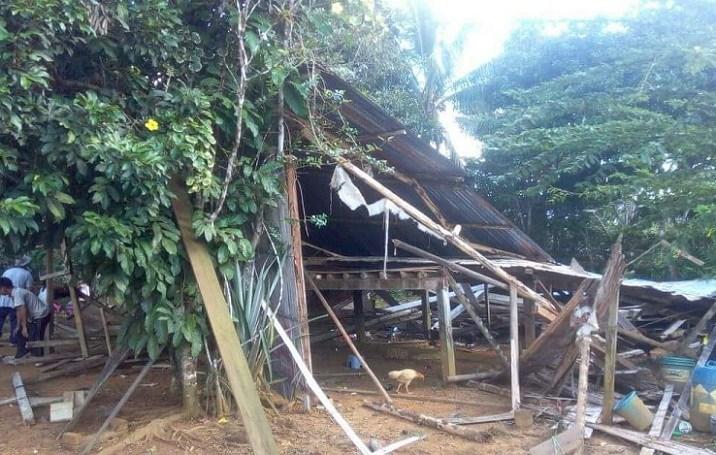 Sabah chief conservator of forests Datuk Sam Mannan said the operation to dismantle the houses of villagers in an area known as Kampung Bobotong in Tongod was done as a last resort after many of them declined an offer of occupation permits from the Forestry Department.

The offer made in 2004 was an attempt by the department to make compromises with the settlers to regularise illegal usage of forest reserve land and to ensure there was no further expansion and only approved crops such as rubber were planted.

According to Mannan, although some had accepted the occupation permits, the majority of them rejected the offer and insisted on land excision. Soon, the forest encroachments expanded and more settlers arrived.

"Various dialogues were conducted but to no avail" said Mannan in a press statement issued on Tuesday.

On March 16 last week, a team of about 140 personnel from the department, escorted by the police, came to conduct the demolition exercise.

Mannan stressed that only uninhabited structures were demolished and it was done physically. Dwellings with people inside were spared and those inside them were advised to apply for the occupation permit.

"Some have expressed agreement to follow the law and to obtain the occupation permits during the encounter" he added.

The encroachment, he said, were by settlers from outside Tongod who came between 1989 and 1990 from the interior and west coast of Sabah.

They included retired and serving civil servants who started to fell trees, burn forests and clear land for rubber cultivation.

Forest reserve land that had roads built by previous logging licensees were favoured and the central area was near a water catchment called Sungai Bobotong.

"No natives of Tongod were part of the illegal settlers. 1,000 hectares are estimated to have been cleared and cultivated.

"By right if the occupied lands are to be alienated at all, they should be given to Tongod people only" said Mannan. He said from the outset, the settlers were directed to leave the area due to its status as a forest reserve but this was totally ignored.

Notices were issued and signboards put up but the department did not receive support for its actions at most levels at that time and was directed to stop its enforcement activities.