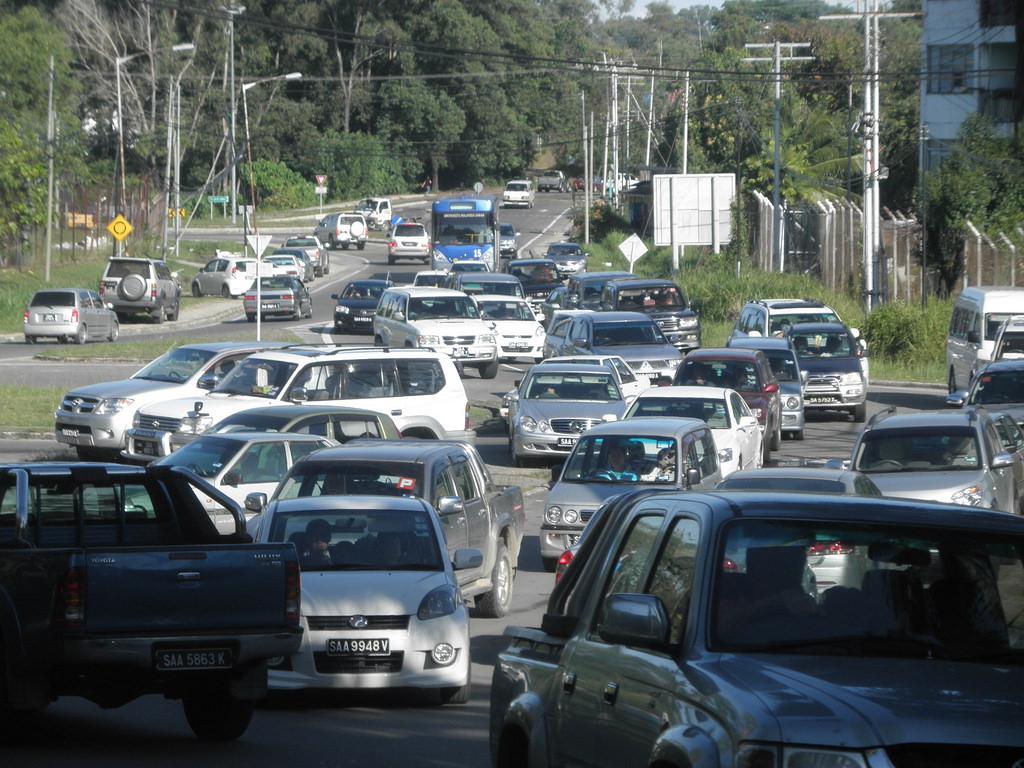 Worsened congestion is anticipated in view of the upcoming new St Francis Convent Secondary School building scheduled for completion before the end of the year.

State JKR Director Datuk Ir. Hj Amrullah Kamal gave the assurance during a courtesy call by a 10-member delegation led by the Archbishop of the Archdiocese of Kota Kinabalu, Datuk John Wong, at the JKR Headquarters, Tuesday.

He said the long-term measure is incorporated into the 25-Year Kota Kinabalu Traffic Improvement Master Plan (Phase 2), which was approved by the State Government (2016-2040) last year.

"Basically, we have plans to alleviate the congestion in Kota Kinabalu in general. The proposed upgrading of the single carriageway Jalan Kolam-Jalan Kolam Minintod, Luyang is included in the Master Plan (Phase 2).

"In fact, it is one of the six priority roads identified in the Master Plan and being given attention by the Government. We (JKR) are preparing the design for the widening of the 6km-Jalan Kolam-Jalan Kolam Minintod.

The design will be completed by February 2018, and the plan is to have three flyovers along this stretch.

"However, we are lucky that the design for the major Sepanggar Intersection has been taken up by the Pan Borneo Highway (as it is along the highway's alignment) while the design and implementation for Jalan Lintas (Phase 2) are under the purview of the Ministry of Works," he said.

For the planned access to the school (which is not included in the big plan), the Director suggested that the School Management Board and Consultant Engineer take the initiative to discuss and work out the best solution as a short-term measure.

"Perhaps, you can come up with a proposal, say to raise funds. Probably we might assist in a small way.

This article was extracted from Daily Express. To read the full story, click here.