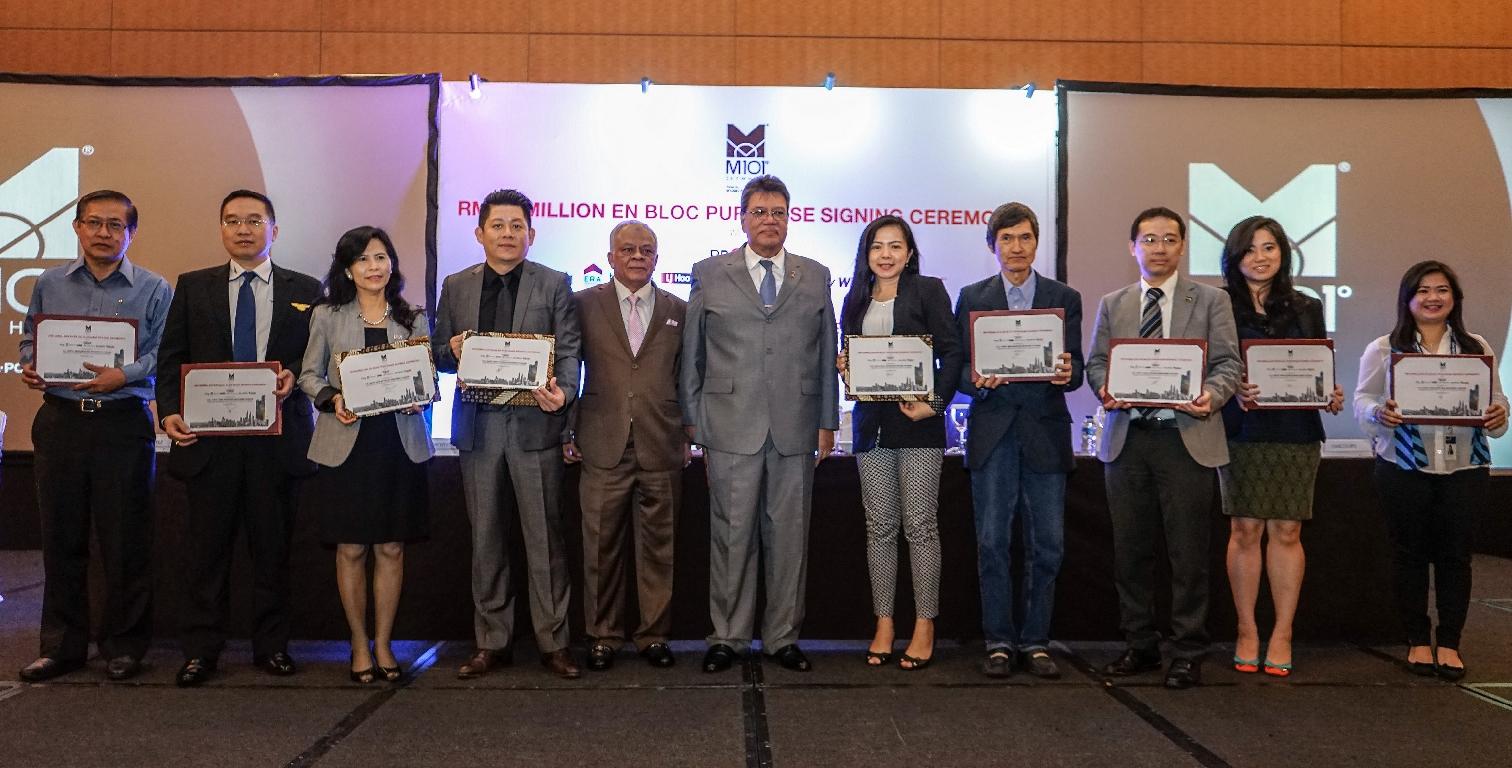 Property tourism advocators, M101 Holdings Sdn Bhd (M101) celebrates the successful official launch of M101 Skywheel over the weekend. Located at Kampung Baru, the project has a total gross development value (GDV) of RM1.8billion. Works on the project have commenced and scheduled to be completed by 2020.

M101's Chief Executive Officer, Dato' Seth Yap said, "M101 is very pleased with our achievement today. Out of 1,000 units from M101 Skywheel's phase 1, 80% has been sold. Together with the en bloc sale of RM100million with the 7 top agencies in Indonesia, we have signed and returned over 60% of the sales and purchase agreement valued over RM400million on the day of the launch.â€

Yap further shared, "We also attribute our success to the fact that we did not include any premiums in our price and it starts affordably at RM999 psf. A study by Knight Frank stated that premium branded developments can be priced 30% higher. Additionally, developments with MRT is priced a further 30%. We did not include both. Hence, you can say that our buyers are already enjoying an immediate value appreciation from their purchases.â€

M101 Skywheel boosts the 1st in the world Sky Ferries Wheel with the highest vantage point of 220m above the ground, the 1st in Asia Planet Hollywood Hotel and the very 1st integrated development in World design by Studio F. A Porsche. The development will also feature the world's highest shopping experience with a SkyMall that extends from 50th to 52nd level with over 200,000 sqft of retail space, with diverse product offerings a with an MRT station right at the doorstep of development.

INTERNATIONAL SALES M101 kicked off the year on a high note with the launch of M101 Skywheel in Indonesia which saw the en bloc commitment of RM100million by 7 top agencies in Indonesia, namely Century21, ERA, Harcourts, LJ Hooker, PROMEX, Ray While and REMAX. Held in Jakarta, the signing ceremony was witnessed by His Excellency Dato' Sri Zahrain Mohamed Hasmil, Ambassador of Extraordinary and Plenipotentiary of Malaysia to Indonesia.

M101 Skywheel was also successfully launched in China. The event was hosted together with the Bank of China, Shanghai and was graced by His Excellency Mr Tan Yang Thai, Consul General of Consulate General of Malaysia in Shanghai and Mrs Zarian Dilah Judin, the Tourism Consul of Consulate General of Malaysia in Shanghai. M101 is on track to complete the sales of Skywheel's phase 1 by end-2017 as the Company will be introducing the development to the rest of Asia such as Taiwan, Singapore, Hong Kong, Vietnam, Sri Lanka and Bangladesh, in line with M101's property tourism initiatives.

M101 recently appointed China Huashi Enterprises Co., Ltd. as the main contractor for the development of M101 Skywheel. During the signing ceremony, M101 further announced that China Huashi has undertaken the financing of RM50million worth of construction cost, equivalent to the cost of M101 Skywheel's substructure. China Huashi has a proven track record of building challenging high-rise structures and buildings such as the Sichuan TV Tower (316 meters) and the Chengdu Global Center (243 meters). Further to this, China Huashi plays an important role in advising on usage of effective and efficient construction materials based on the Huashi China's experience in scientific research and design. Piling works has commenced at the site.