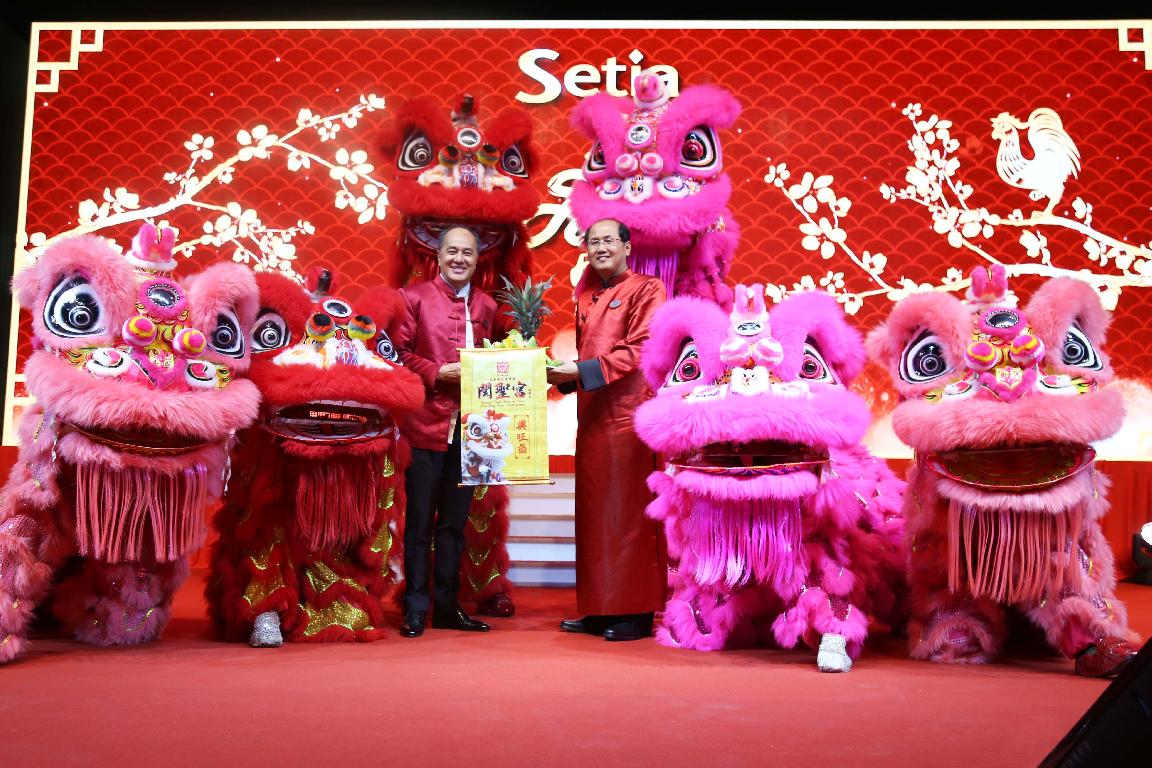 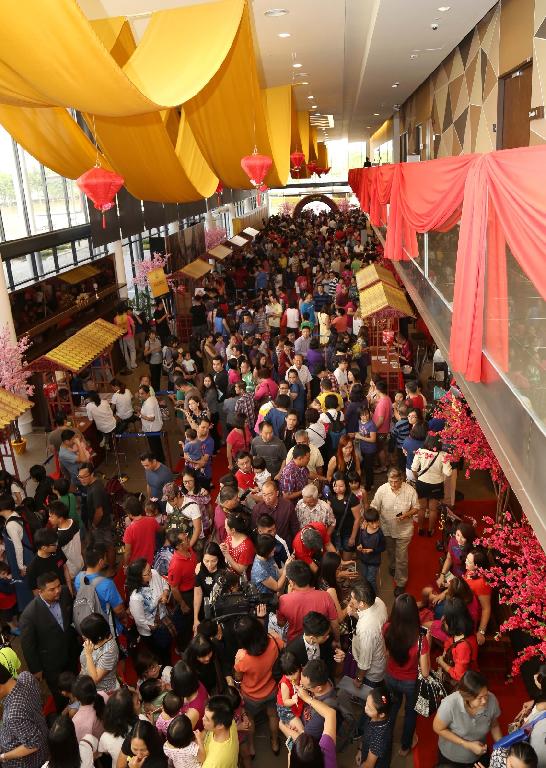 Guests were invited to join the celebrities on stage and participate in games such as eating honeycomb biscuits "èœœèœ‚é¥¼â€ tied to a customised headgear, lip-reading, moving beverage cans with a pair of giant chopsticks and many more much to the amusement of the crowd.

Setia's Chinese New Year theme for this year is â€˜å®¶åœ†äººåœ†' which means a home is made complete when all family members reunite. Besides the events planned, special Setia's limited edition Ang Pows with this meaningful theme featured were given away to the guests by the fun-loving â€˜God of Prosperity'.

To make this year even more memorable, Setia teamed up with Astro to produce limited edition plush toys in which, lucky activities grand prize winners won during the event.

Today's event also saw the â€˜Setia Back to No.1' contest drew to a close with the announcement of the lucky winners. In conjunction with Setia returning to the top spot last year in The Edge Top Property Developer Award, Setia launched its Setia Back to No.1 contest where all property purchasers for the said year were given chances to win luxury cruise trips in Asia and Europe, return trips to London's Annual Chelsea Flower Show and a grand prize of a London Battersea Power Station Apartment worth Â£400,000.

Alice Dora Bouchor, one of the winners for the Chelsea Flower Show remarked: "I am lucky to buy a Setia homeâ€ when she was called on stage to receive her prize.

"I am exhilarated with my win" Louis Tan Xin Wei é™ˆä¿¡çŽ® said upon winning the grand prize. "I am still reeling from my good fortune and would like to thank Setia for giving me a chance to own a piece of London. It is really a dream come true for my family and meâ€. When asked what he thinks about Setia and its Citizen Setia programme, Louis Tan commented that it is a fantastic programme to reward purchasers with such exclusive experiences.

The contest was open to all S P Setia property purchasers who signed their sale and purchase agreements in 2016.

There were another 12 prizes presented to other winners from Penang, Klang Valley and Johor during the draw, with rewards such as cruises in Asia and Europe, return trips to London's annual Chelsea Flower Show.