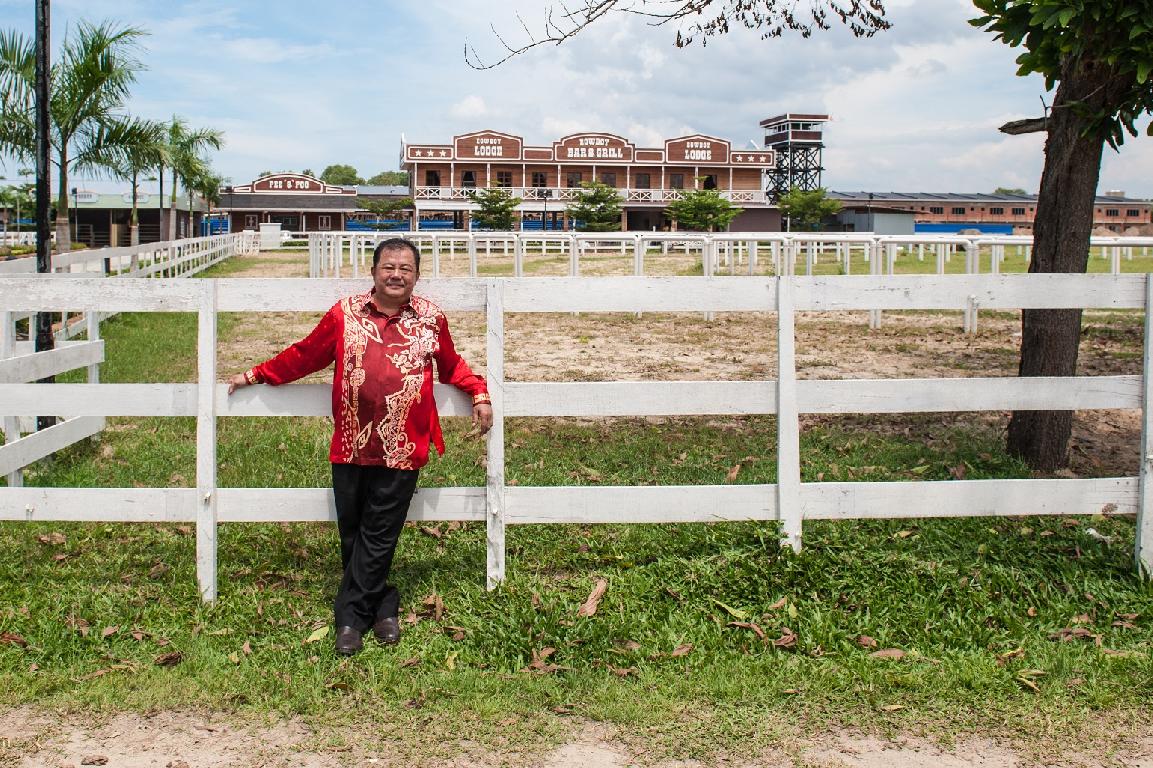 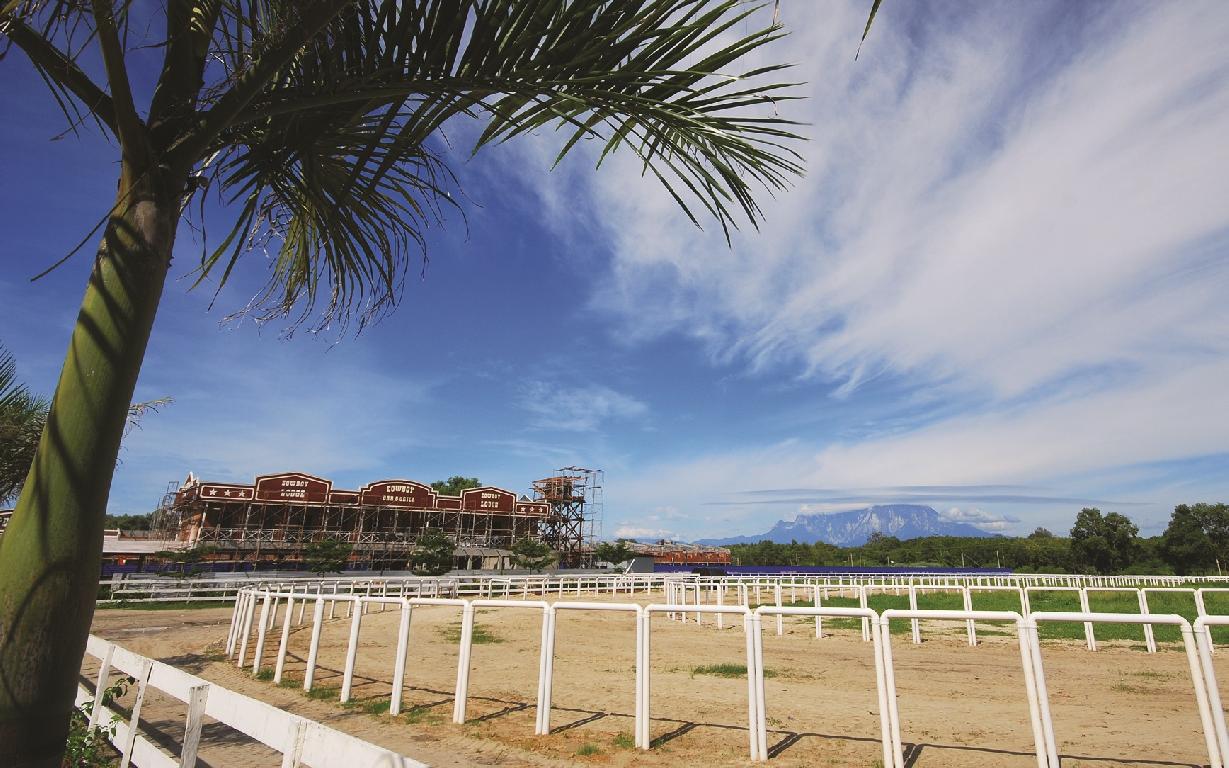 A man with many aptitudes and 27 years of working experience in various fields from building contractor to certified real estate negotiator to a property developer, Datuk Francis Goh served as SHAREDA's President for 2 terms; 2013 - 2015 and 2015 - 2017.

Adopting the luxurious house by the beach concept, his current brainchild is a development project called Aman Pesona, a 120-unit high-end beachside villas.

"Before turning Sabandar into the next tourist attraction, we need to first, receive and understand its culture, and that's what we are doing nowâ€, Goh adds.

"We are incorporating tourism with our local culture to show people the different tribes that we have hereâ€, he adds. Nestled in the Sabandar Village are the homesteads of the gentle and peace-loving Bajau tribe. Sabandar Leisure Rides reflects the Bajau community's identity.

A Paradise for the Discerning Few Some 200 acres of land in hand will turn Sabandar into a prominent spot in the near future for lodging and leisure purposes, housing cowboy themed lodges and villas, lagoon villas, riverside villas - Aman Riveria, Aman Laguna and Aman Senja, and a variety of water sports. "We want to target the foreign leisure property buyers who want to own a home in Kota Kinabalu. I have travelled almost half the world and realised how beautiful Sabah is when compared to Bali or Koh Samuiâ€.

We asked him about the resources we have in Sabah. "It's a very beautiful place, but, we don't have enough products for foreign investments at the momentâ€, Goh continued. "They would want something different; blue skies, sunset views, and we want to encourage them to stay in Sabah under the Malaysia My Second Home (MM2H)â€.

MM2H is a Malaysian Government initiative promoted by the Government of Malaysia to allow foreigners who fulfil certain criteria to stay in Malaysia for as long as possible on a multiple-entry social visit pass. Imagine if we can get 10,000 foreigners to stay in Sabah under the MM2H programme, we can generate RM1 billion revenues for the State" said Goh.

Goh added that the government should take more initiative to promote the MM2H scheme, having learnt of the low number of expatriates who applied from 2011 - 2015.

With the upcoming Aman Pesona development, Tuaran is poised to be the next sought after tourist destination after Nexus Karambunai. "Sabah is 25 years behind in terms of resort villa developments as compared to places like Bali, Koh Samui and other tourist spots. We need to up our gameâ€. He continued that investors are keen on other States too, for example, Forest City in Johor but, of course, these two States are incomparable.

On Being President When asked about the changes brought to SHAREDA during his Presidential period, he simply said, "I think, as the President, I've managed to bring a few changes to SHAREDAâ€.

Goh then says, "Bear in mind that Sabah is the only State which is exempted from the affordable housing quotaâ€. He then continued to say that SHAREDA members act as a vehicle to support the Sabah government's call to build more affordable housing projects and they are committed to building 10,000 units with the starting price of not more than RM250,000 for an 850sqft unit.

Introducing leisure property development to the Government was also one of the changes made by the committee. "The Ministry of Local Government and Housing should give a waiver to tourism and commercial products for developers who wish to participate in leisure property developmentsâ€, says Goh. He claims that by right if one's project falls under the residential sector, one's restricted to the 30% Bumiputera quota.

On top of all that, the committee members, along with the guidance of Goh, managed to hold a firm argument to convince the local Government to accept their proposal as a mean of standard guidelines for the building industries. "One of the setbacks imposed by DBKK and the Central Board were part and parcel of the efforts of SHAREDA and NGOsâ€. He added that it wasn't as easy as it may seem to convince them to adopt most SHAREDA's proposals.

Behind every silver lining, is a dark cloud. When asked about the downside as President, Goh was quick to say that he had to guide the government to approval for development plans and to also expedite the gazettement of a draft local plan.

"K.K as a city lacks a zoning plan. It's simply just a draftâ€, he continued. "with it being where it is now, it may cause a problem or two when it comes to wanting to further develop the cityâ€, he explains. SHAREDA has set their eyes on wanting to enhance the core industry by improving what's already out there.

Time For More Changes Goh also commented on helping avid home buyers, regardless if it's their first, second or third homes. "Bank Negara should be more friendly to home buyers. We should help them; even second and third home buyers are finding it hard to commit. The government should also do away the Real Property Gain Tax (RPGT)â€.

The term mortgage or housing debts doesn't at all sound alluring to some, but, Goh begs to differ. "I'd say that a mortgage or having housing debts are considered good debtsâ€, he said. "Often, middle-income earners fail to get a loan because they can't clear their credit card and/or Personal loans, resulting in a bad credit rating shown on their CCRISâ€, he added.

A leader is someone who demonstrates what's possible. Goh, with his great leadership and showmanship, has set out to do as much as he can to help developers and communities alike. With his Presidential term coming to an end, Goh wishes he could have done more than he already has. But with this, he's passing the baton to the next contender.